Named for Khatsahlanough, a Squamish Nation chief, Kits is a combination of the eco- and hippie-spirit of its past and 21st century gentrification, reflected in the neighbourhood’s organic markets, multicultural restaurants, and shops like Lululemon, Vancouver’s famous yoga-wear chain, which opened its first store here in 1998. Kits is considered one of Vancouver’s “Most Popular” neighbourhoods, famous for its beach, pool, museums in Vanier Park, West 4th Ave shopping and restaurants. 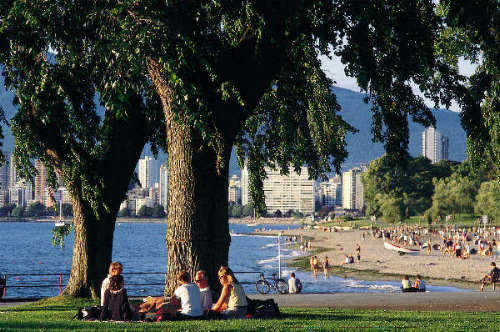 Kitsilano, known locally as Kits, is synonymous with famous Kits Beach—named one of the “top 10 best city beaches in the world” by international travel magazines, and perfect for outdoor fitness. Kitsilano is one of the city’s organic-food hubs, and has extensive restaurants and retail along West 4th Avenue and West Broadway. Kitsilano runs along the south shore of English Bay, between popular Granville Island and Point Grey.