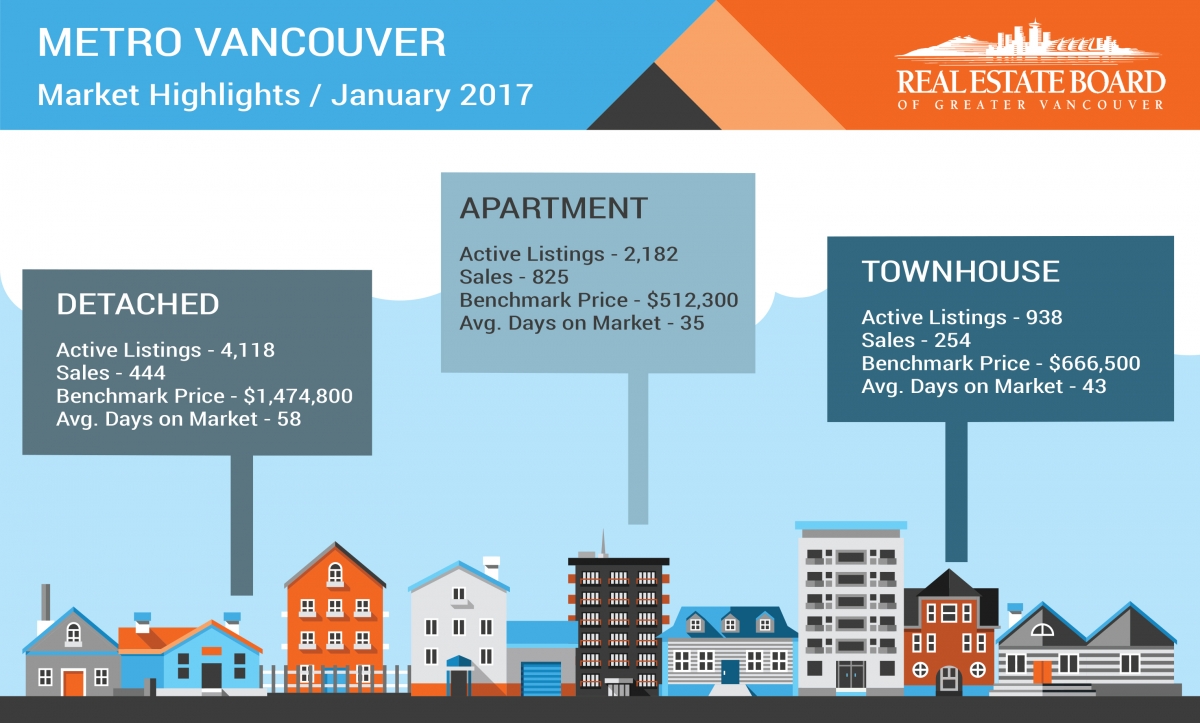 Mixed Start to the New Year for Vancouver’s Housing Market

After near record-breaking housing sales in 2016, the Vancouver real estate market started the year in January 2017 with a mix of cooling trends in some areas and hot spots in others.

Overall, Vancouver residential real estate sales volume for January 2017 was down approximately 40% compared to January 2016. The average benchmark price for all residential properties declined 3.7 per cent over the past six months and 0.2 per cent over the last year. In particular, detached house prices dropped 7% over the past 6 months, while townhouse prices declined 0.4% over the same period.

The overall Sales-to-Listings ratio for Metro Vancouver (which measures the % of inventory sold during the month, based on the number of properties sold during the month divided by number of listings that existed on the first day of the month) sits at 21 per cent, which is just on the boarder of a Balanced and Sellers market. This is the lowest this ratio has been in two years. However, as mentioned above several suburbs are still posting ratios 45% to 83% which makes them strong Sellers markets.

The Top Five Sellers Market Areas in January 2017 Were:

To receive a complimentary copy of your neighborhood SNAPSTATS analytics, email info@yourhometeam.com.