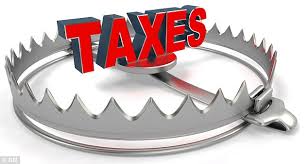 You may or may not have heard about recent tax changes regarding the principal residence exemption available on the sale of a taxpayer’s principal residence (residents of Canada only.) The recent changes are significant and I would consider them to be a TAX TRAP because the new rules now require positive action by the taxpayer to claim the exemption and failing to claim the exemption will result in taxes being reassessed on the taxable capital gain.

The Department of Finance indicated that the One-Plus rule was not intended to apply to non-residents of Canada. Effective October 2, 2016, the one-plus rule will only apply to persons resident in Canada in the year the person acquires the property. The effect of this change is that non-resident buyers would not be able to claim the principal residence exemption in respect of the subject property for the year in which the property was purchased. This effectively creates a taxable capital gain for one year of ownership when the property is eventually disposed.

If taxpayers forget to file, then they would need to file an amended return for the year in which the disposal took place. The CRA indicated that they will treat the filing of Form T2091 as an election; accordingly, filing a late election will trigger a late filing penalty at the lower of $8,000 or $100 for each complete month from the original filing due date to the date that the form is filed.

Statute-Barred Period for Reassessment
Normally, the statute-barred period for the CRA to be able to reassess a tax return is 3 years from the date of the notice of assessment for that tax year. However, in the case of failing to report the disposition of real property (regardless of whether the real property was a principal residence), the statute-barred period is indefinite. This means that the CRA can go back indefinitely to impose taxes on capital gains that were not reported on the sale of real property occurring in 2016 and later tax years. For example, your client sells their real property (principal residence or investment property) in 2016 but forgets to report the disposition. Fifteen years later, the CRA catches wind of your client’s failure to report. The CRA can go back and recalculate the taxes payable as at the year in which the sale took place. This will result in taxes payable. Further, because the taxes were not paid by the due date (15 years ago), the CRA will also charge interest going back 15 years! Even at fairly low prescribed interest rates, interest on a significant taxes payable balance over 15 years is a lot of money.

There is help
I’d be extremely pleased to be a resource for you and help you navigate through this new legislation.