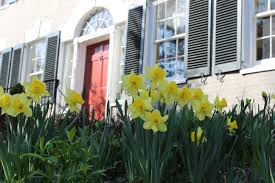 – Detached houses saw the smallest price gains, up 5% from this time last year.

Detached homes are approaching a Buyers’ Market, while condos and townhomes remain firmly in a Sellers’ Market.

Last month’s sales were 22.5 per cent below the 10-year April sales average.

“Market conditions are changing. Home sales declined in our region last month to a 17-year April low and home sellers have become more active than we’ve seen in the past three years,” Phil Moore, REBGV president said. “The mortgage requirements that the federal government implemented this year have, among other factors, diminished home buyers’ purchasing power and they’re being felt on the buyer side today.”

“Home buyers have more breathing room this spring. They have more selection to choose from and less demand to compete against,” Moore said.

Generally, analysts say that downward pressure on home prices occurs when the ratio dips below the 12 per cent mark for a sustained period, while home prices often experience upward pressure when it surpasses 20 per cent over several months.

The MLS® Home Price Index composite benchmark price for all residential properties in Metro Vancouver is currently $1,092,000. This represents a 14.3 per cent increase over April 2017 and a 0.7 per cent increase compared to March 2018.