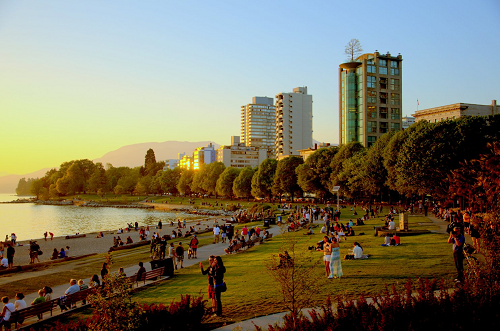 Sales fell 8.2% last month from July 2016, according to the Real Estate Board of Greater Vancouver report released this week, but prices continue to rise as the benchmark price across all property types in Metro Vancouver surpasses $1 million for the first time.

The average Vancouver home is currently $1,019,400, representing an 8.7% lift in price compared to this time last year.

“It’s taking twice as long, on average, for a detached home to sell compared to both townhomes and condominiums,” says Real Estate Board of Greater Vancouver President,

This month marks the one-year anniversary of British Columbia’s 15% foreign buyers tax. The new provincial government is reviewing whether the tax will remain in place, as well as assessing other home buyer programs such as tax-free loans for first-time home purchasers.

To receive a complimentary copy of SnapStats Report, email info@yourhometeam.com.

Last month’s sales were 0.7 per cent above the 10-year July sales average.

“Housing demand is inconsistent across the region right now. Pockets of the market are still receiving multiple offers and others are not. It depends on price, property type, and location,” Jill Oudil, REBGV president said. “For example, it’s taking twice as long, on average, for a detached home to sell compared to both townhomes and condominiums.”

There were 5,256 detached, attached and apartment properties newly listed for sale on the Multiple Listing Service® (MLS®) in Metro Vancouver in July 2017. This represents a 0.3 per cent increase compared to the 5,241 homes listed in July 2016 and an 8.1 per cent decrease compared to June 2017 when 5,721 homes were listed.

“Because home sale activity decreased to more historically normal levels in July, the selection of homes for sale in the region was able to edge above 9,000 for the first time this year,” Oudil, said.

Generally, analysts say that downward pressure on home prices occurs when the ratio dips below the 12 per cent mark for a sustained period, while home prices often experience upward pressure when it surpasses 20 per cent over several months.

The MLS® Home Price Index composite benchmark price for all residential properties in Metro Vancouver is currently $1,019,400. This represents an 8.7 per cent increase over July 2016 and a 2.1 per cent increase compared to June 2017.